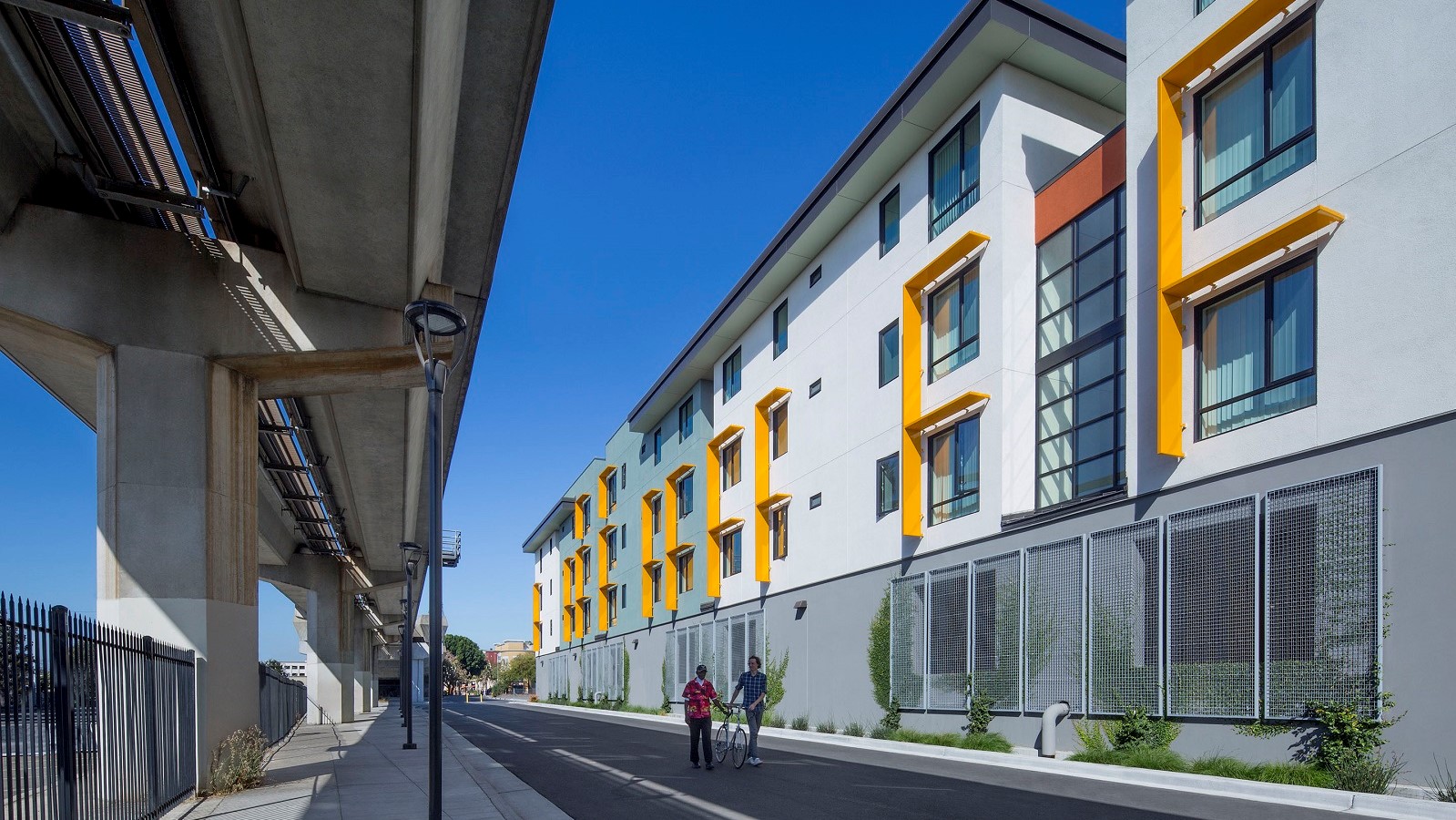 At U.S. Bank, a key aspect of our commitment to diversity, equity and inclusion is a companywide focus on using our unique resources to drive change.

One of these resources is our financial expertise as one of the largest investors in federal tax credit programs that are designed to spur economic development, build affordable housing, preserve historic properties and create renewable energy. Our subsidiary U.S. Bancorp Community Development Corporation (USBCDC) has more than three decades of experience helping clients navigate the complex financing structures for these impactful projects.

As we celebrate Asian American and Pacific Islander (AAPI) Heritage Month in May, we are taking a look at how three partners in those investment deals are using our funding to make a difference in AAPI communities across the country: East Bay Asian Local Development Corporation in California; Hmong American Partnership in Minnesota; and Seattle Asian Art Museum in Washington. They are among 19 partners focused on AAPI communities that have received millions in USBCDC funding over the past decade.

Founded in 1975, East Bay Asian Local Development Corporation (EBALDC) is a nonprofit that develops and manages diverse, mixed-income housing complexes that also provide social and financial services for low-income residents in the neighborhoods of Oakland and East Bay, California.

According to the U.S. Census, 16% of the area’s population is Asian, Native Hawaiian and Pacific Islander. EBALDC estimates that at least 45% of the individuals they serve identify as part of those ethnic groups, and 30% live in their affordable housing buildings. The majority have an annual income of under $20,000 in a high housing cost market.

“We take a healthy neighborhood approach that promotes well-being based on the ability to provide a full spectrum of services, such as housing, workforce development, resident services, healthy foods, and childcare to our area residents,” explains EBALDC CEO Andy Madeira.

EBALDC has developed and manages 35 buildings with 2,300 housing units and at least 370,000 square feet of commercial space.

USBCDC and EBALDC partnered for the first time in 2017 and since then, USBCDC has provided $67 million in Low Income Housing Tax Credits and $41 million in lending for three projects that offer almost 300 affordable units and social services to low income families and veterans who were homeless, as well as easy access to public transportation. These are Madison Park Housing, Casa Arabella, and Frank G. Mar Apartments.

“The U.S. Bank team was phenomenal in every aspect of the process,” says Madeira. “Each member was an advocate for us and was able to think creatively to solve the challenges that arise when working on complex projects.”

The U.S. Bank team was phenomenal in every aspect of the process.

In fact, on May 4 EBALDC learned that Casa Arabella is a 2021 Urban Land Institute Americas Awards for Excellence Finalist. Casa Arabella is an affordable 94-unit transit-oriented development adjacent to the Fruitvale BART Station. It has 20 units set aside for formerly homeless U.S. military veterans, who are provided with intensive case management services.

“Everyone in our team works so hard and for so long on these projects, making a difference in the lives of our residents,” says Madeira. “Each project connects with our larger mission and that makes it very impactful.”

According to the U.S. Census Bureau, more than 60,000 Hmong lived in Minnesota in 2010, the second-largest population of Hmong in the country. St. Paul, which has more Hmong residents than any other metro area, is the home of the nonprofit Hmong American Partnership (HAP).

HAP was founded in 1990 as a refugee settlement for the growing Hmong population, and it normally provides social services to more than 25,000 Hmong, Southeast Asian, and other immigrant and refugee communities each year. But, during the pandemic it ended up serving more than 50,000 people who needed help because of job loss, housing or food insecurity. And many needed information or referrals related to COVID-19.

“As people lost jobs or didn’t want to work in places where they felt they could be exposed to COVID, they came to us to learn new skills to find jobs in other industries,” explains Dr. Mai Moua, HAP’s interim director. “We changed programing and started to innovate under the stress, and soon we learned that we had to change our service model and reimagine HAP.”

In November 2020, USBCDC provided more than $4 million in New Markets Tax Credits to help HAP purchase land and build a new facility, HAP Transportation, that operates 70 school buses. In addition, HAP was able to renovate a 32,000-square-foot building for their HAP Academy of Opportunities and Industrialization Center, which customizes job training and services in the health care, technology, transportation, and manufacturing fields.

“The staff at U.S. Bank was very understanding; they really wanted us to be successful and have a positive impact in our community,” said Dr. Moua.

In February 2020, Seattle Asian Art Museum (SAAM) unveiled a major renovation and expansion funded by U.S. Bank – only to have to close its doors just weeks later because of the COVID-19 pandemic.

It’s not been the grand reopening celebration it had planned. Over the past year, SAAM has adapted its programming with virtual classes and outdoor events, as well as held vigils and created a memorial in response to the recent increase in violence and xenophobia against AAPI individuals.

Now, SAAM has officially reopened its doors with limited capacity and social distancing. The timing coincides with AAPI Heritage Month, and museum leadership sees the physical reopening as an important and timely opportunity to bring people together in celebrating Asian culture.

“The renovation has really transformed this jewel of museum and the park that surrounds it,” says Cindy Bolton, the chief financial officer of the Seattle Art Museum (SAM), which oversees SAAM. “It’s a place to celebrate, to unite and to support its community.”

Founded in 1933 with a focus on Asian art, SAM operates its main museum in downtown Seattle, the Seattle Asian Art Museum in Volunteer Park on Capitol Hill, and Olympic Sculpture Park on the central Seattle waterfront.

In 2018, SAAM had kicked off the renovation and expansion that was financed in part with $22 million in Historic Tax Credits and lending by USBCDC. It was an extension of an existing relationship between U.S. Bank and SAM that started almost 15 years ago. In support of the grand reopening, USBCDC also recently provided a $25,000 donation.

“The museum is such an extraordinary project, not only from the historical standpoint of the building, but also from the art gallery perspective,” said Eric Jones, USBCDC asset manager. “I felt the enthusiasm from the people as they were exploring the museum galleries.”

The museum’s entire art collection provides a unique and impactful experience to Asian art by breaking boundaries and offering a thematic, rather than geographic or chronological, exploration of art from the world’s largest continent.

So instead of galleries labeled by country, such as China or Japan, “people experience art from all of these Asian countries by theme, such as nature, festivals or worship,” explains Bolton. “In other words, people will see pieces of art from different countries next to each other, really showcasing the complexity and diversity of Asia.” 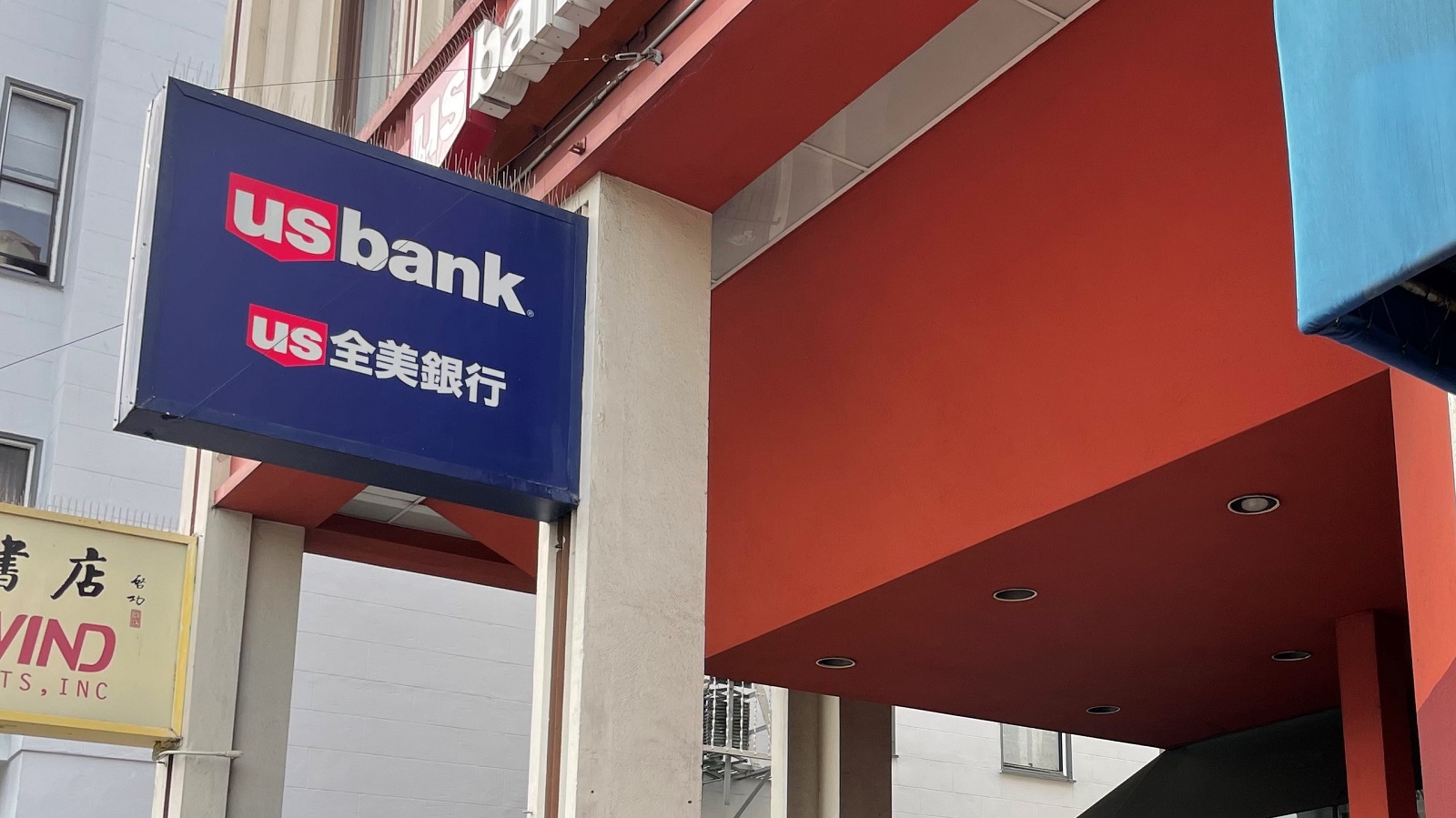 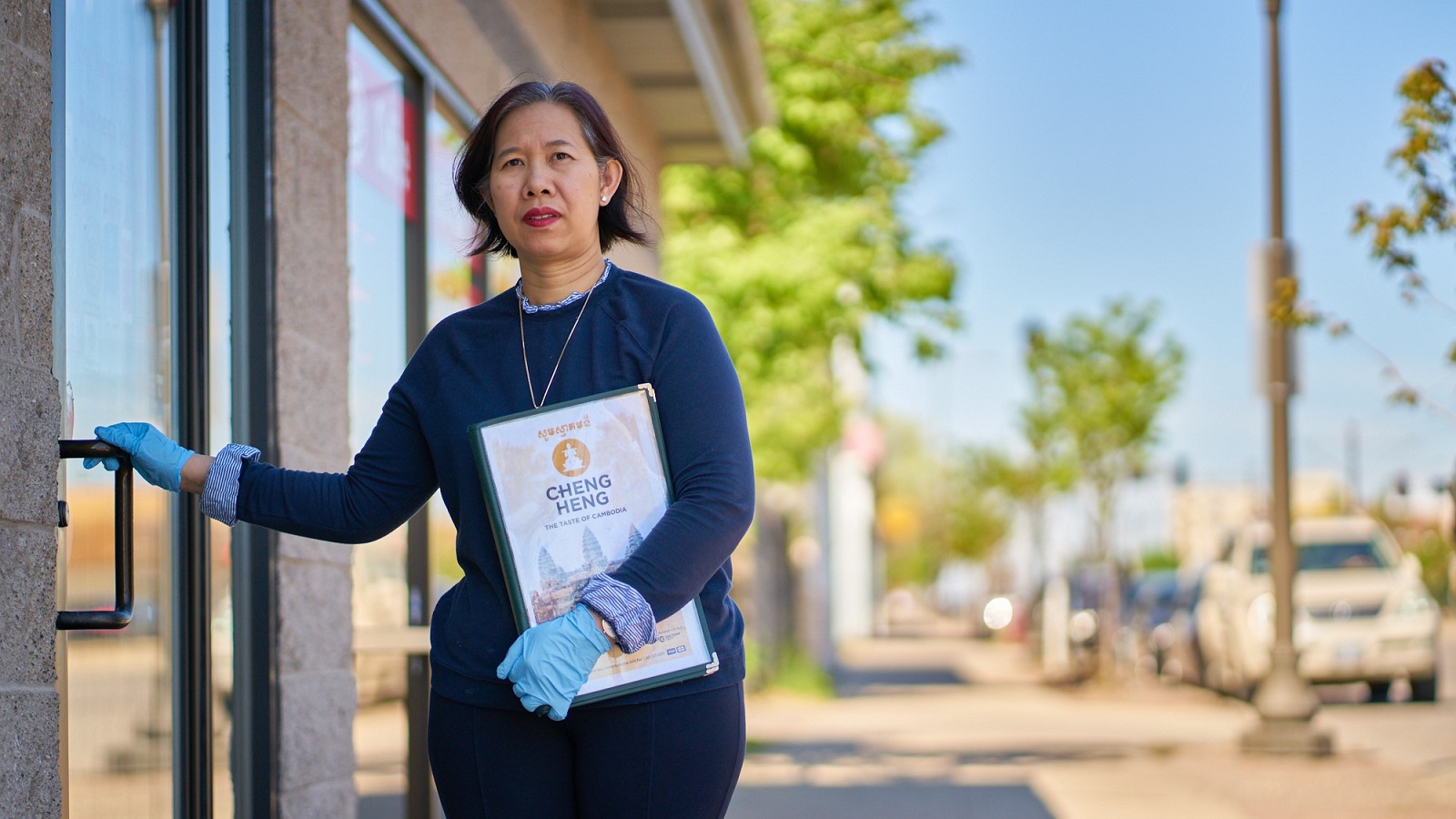 U.S. Bank serves up a financial lifeline to restaurants in Little Mekong 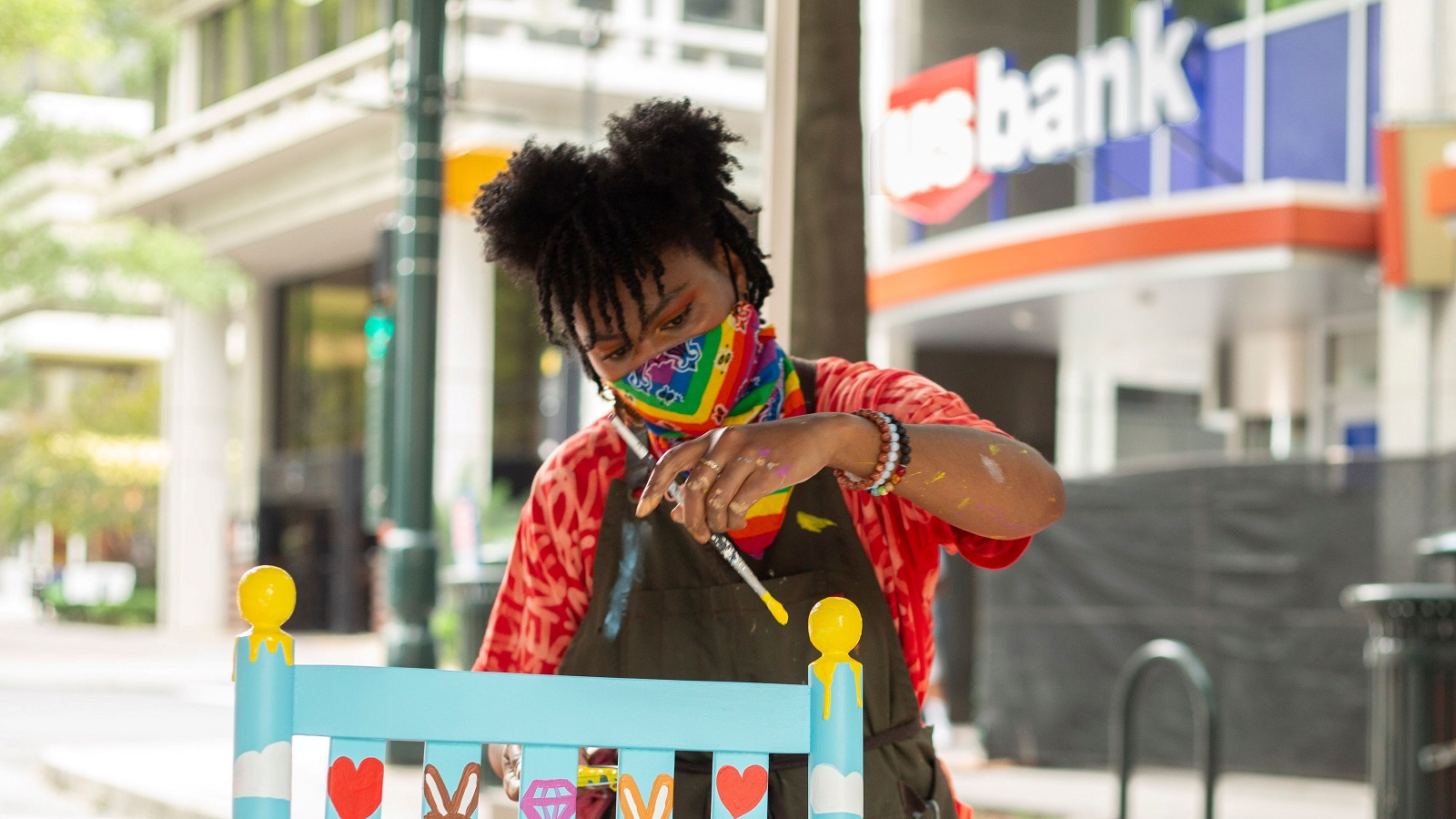